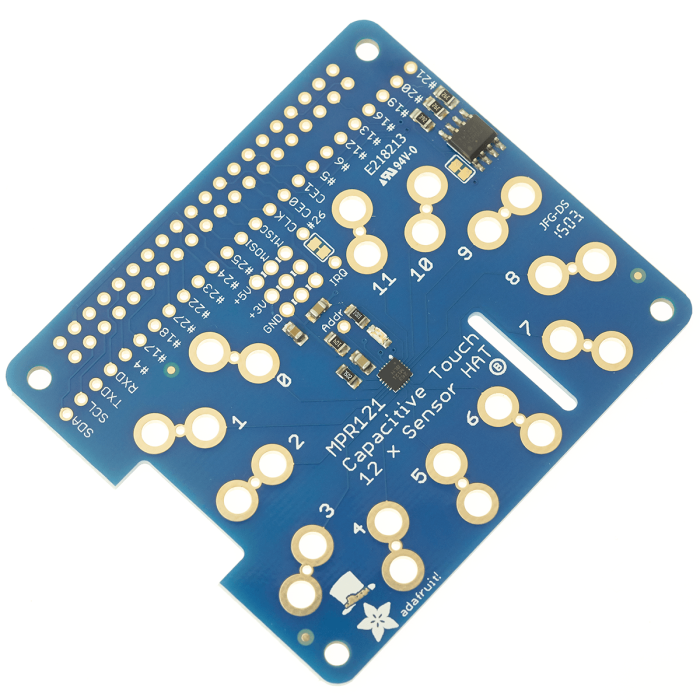 The HAT has 12 'figure 8' holes in it that can be gripped onto with crocodile clip cables. Attach one side of the clip to the HAT and the other side to something electrically conductive. Then start up the handy Python library code to detect when the object is touched. That's pretty much it, very easy! For advanced users, you can also solder to a pad to make a slimmer and more permanent connection.

Compatible with Raspberry Pi Model A+, B+, or Pi 2.

Each order comes with a Capacitive Touch HAT and a 40pin (2x20) socket header that requires soldering onto the circuit board.

Reviews
Write Your Own Review
Only registered users can write reviews. Please Sign in or create an account
Related Products
Check items to add to the basket or