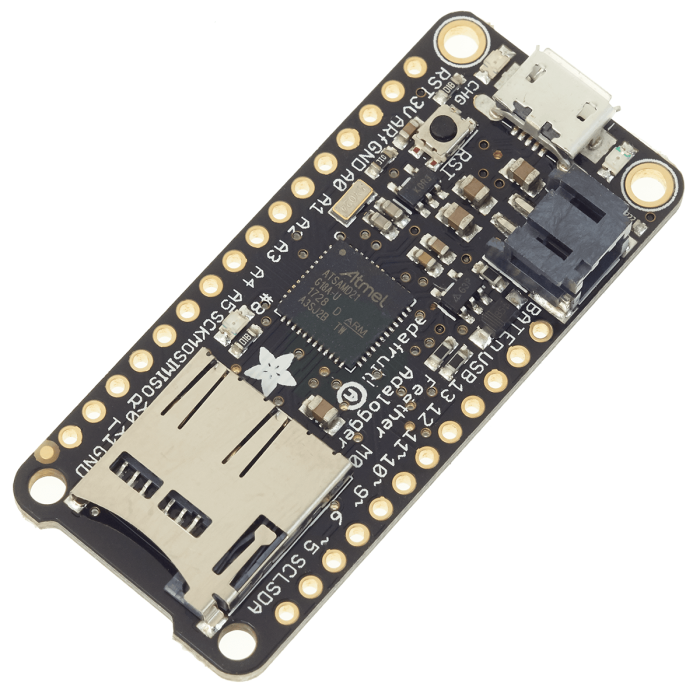 To make it easy to use for portable projects, a connector is provided for 3.7V Lithium polymer batteries and built in battery charging. You don't need a battery, it will run just fine straight from the micro USB connector. But, if you do have a battery, you can take it on the go, then plug in the USB to recharge. The Feather will automatically switch over to USB power when its available. The battery is also tied thru a divider to an analog pin, so you can measure and monitor the battery voltage to detect when you need a recharge.

The Feather M0 Adalogger uses the extra space left over to add MicroSD + a green LED: